After so many years of successful moves in the transfer window to replace lost talent, Southampton’s luck finally seemed to run out last summer as they flirted dangerously close with relegation, staying up thanks to a crunch match with Swansea in the final few games. Southampton’s main requirement this window is another danger man up top who can preferably play on the right wing and replace Dusan Tadic’s output. As mentioned in last part, Ajax forward Hakim Ziyech is linked to Southampton but with Roma and Liverpool able to outspend the Saints, this seems a long shot. Pione Sisto could be the answer. Able to play across the front line, Sisto contributed with 6 goals and 9 assists for Celta Vigo last season and made four appearances at the World Cup for Denmark, earning praise for his quick runs behind the defences. Likely to attract interest from several clubs this window, the 23 year old’s stock has risen sharply over recent seasons and Southampton would need pay more than his current £13.5 million valuation but they need to reinforce their attack to avoid another nervous season.

Spurs face a tough task this season. With well documented financial limitations both imposed on them by the board and through profits in comparison with the other top six sides, Pochettino will likely need to focus on only one or two key signings to keep Tottenham in contention for a top four place and one key area that needs reinforcing is the creativity from midfield. As seen last season, when Christian Eriksen was out of the team, Spurs lack a creative midfield fulcrum so perhaps should look to Villareal’s Manu Trigueros as a deputy. The 26 year old Spaniard might have only contributed with 3 goals and 4 assists last season but averaged 89% pass accuracy and was playing deeper than Eriksen. His ability to create from deep and begin attacking play provides more creative depth for Spurs and give Pochettino more tactical options, with the Spanish midfielder comfortable at playing in a two or three man central midfield set up and being able to play out left, all positions he has played competently in during his years at Villareal as the club has experienced a high turnover of managers. With one of the best starting Xi in the league, Tottenham need to focus on improving the quality of their squad depth and cover in the event of losses of key personal rather than immediate first team players. Trigueros would certainly be a good start for the North London side and with a valuation of £18.5 million valuation, Spurs could be looking at £20-30 million for the player which club chairman Daniel Levy might have to accept the average price for good quality players if he wants to help this Tottenham team push on and not stagnate as they are in danger of doing this year.

Could Trigueros become a key player for Spurs next season? Credit: Getty Images

When a club go through repeated managerial changes over successive seasons, you would expect that club to not last too long in the Premier League, yet over the past three seasons Watford have been able to keep themselves in the top flight despite their high turnover of backroom staff and managers. Having kept the Hornets up and finishing 14th last campaign, Javi Gracia has continued to make changes in the hopes of a quieter season this time around. Watford have been quietly active this window, strengthening in areas where there squad had been looking thin or where urgent upgrades have been overdue. The loss of Richarlison to Everton is the immediate issue but with such profits from his initial transfer, it is understandable for a player who had an impressive half season and an average second half. With Gerard Deulofeu making his move from Barcelona perminant, Watford should consider moving for another former Barcelona player, Adama Traore. The 22 year old has had another impressive season at Middlesbrough despite failing to return to the top flight on the first time of asking. Valued at just £7.2 million on Transfermarkt, Traore scored 5 and assisted 10 last year for the North East side, showing his development in importance after only being able to grab 3 assists the previous year when Middlesbrough seemed a team devoid of attacking intent.  As a natural right winger, this move would require Deulofeu to play on the left as he did at Everton and Barcelona initially last season but this would result in a steady output from the Spaniard whilst enabling Traore to express himself and use his great pace and strength the command the right flank. With at least £45 million profit from the Richarlison deal, Watford will have the means to sign Traore and his arrival could make the Brazilian a distant memory for the Hornets by the end of the season.

This time last year, West Ham were a laughing stock. Their owners were being mocked by other clubs for their handling of transfers and choice of seemingly over ambitious targets. Their fans were still furious about the stadium move and Bilic looked like a man dreaming being handed his P45 so that he could move on. Fast forward a season and things seem at last to be moving in the right direction. The arrival of Manuel Pellegrini is the best signing West Ham will make this year but the signing of Felipe Anderson brings another creative talent who, provided injuries don’t hamper his progress, can provide the magic Payet did a few years ago. Since Pellegrini arrived, West Ham have been making some smart moves, going in for talented players who for one reason or another (injuries, inability to settle, contracts finishing) have become available for them to sign for good fees. Their squad is mostly settled now as well, a testament to Pellegrini getting his business done early as he did at Manchester City but they still need some defensive midfield reinforcement. The Chilean has throughout his time as a manager at Real Madrid, Malaga and Man City always favoured a 4-2-3-1 or variation of this that requires a good central defensive midfielder who can also carry the ball and act as a box to box midfielder such as how both Yaya Toure and Fernandinho were played at City. If West Ham would like to finish off this window with a squad that will mostly be set for the next few seasons, perhaps they should look at Olympic Lyon’s Tanguy Ndombele. The 22 year old French central midfielder has gained great praise for his contributions this season as both a box to box player, transitioning play from defence to attack, and a more orthodox defensive midfielder, siting deep in front of the back line to break up opposition attacks. Mark Noble is a club hero and whilst Cheikhou Kouyate is just as acceptable as Noble, Ndombele would enable Wilshire to have more creative freedom than either of their current players can offer. With 7 assists last season he is also creative yet would likely cost near £30 million having recently joined Lyon. For a long term option at the heart of the Hammers midfield however, this might be the last piece needed for Pellegrini to finish his transformation of West Ham to a team able to final push for contention as a top side.

Are they Portuguese? Are they a Jorge Mendez client? They they’re likely on Wolves radar!

Wolves’ recruitment this summer has been nothing short of extraordinary for a club newly promoted club but considering the investment by the Chinese consortium and role of Jorge Mendez in providing Portuguese talents at low prices, this recruitment has been heavily criticised and questioned. With Portugal’s first choice goalkeeper Rui Patricio and Vice-captain Joao Moutinho recently signed up on top of the arrivals of forwards Raul Jimenez, Rafa Mir and Diogo Jota plus Ruben Neves committing his future to the club, Wolves will be aiming for a top 10 finish. Finding areas to improve then is tricky then but going off the current form, Dortmund’s Raphael Guerreiro might be the next player to arrive at the Molineux. The highly versatile left back could function every well as a left wing back in Nuno Espirito Santo’s 3-4-3 having played in that position brilliantly during Portugal’s successful Euro 2016 campaign. A talent set piece taker and crosser who could deputy for Ruben Neves in this regard as well, the Portuguese wideman would be serious upgrade on Barry Douglas. Adding further quality to the team this would be a smart move considering Dortmund are willing to sell after an injury hit two season. Valued at £18.5 million on Transfermarkt, Guerreiro would be a major statement of intent if Wolves could wrestle him away from one of Europe’s biggest teams, yet given their business so far this window, this move could very well happen. 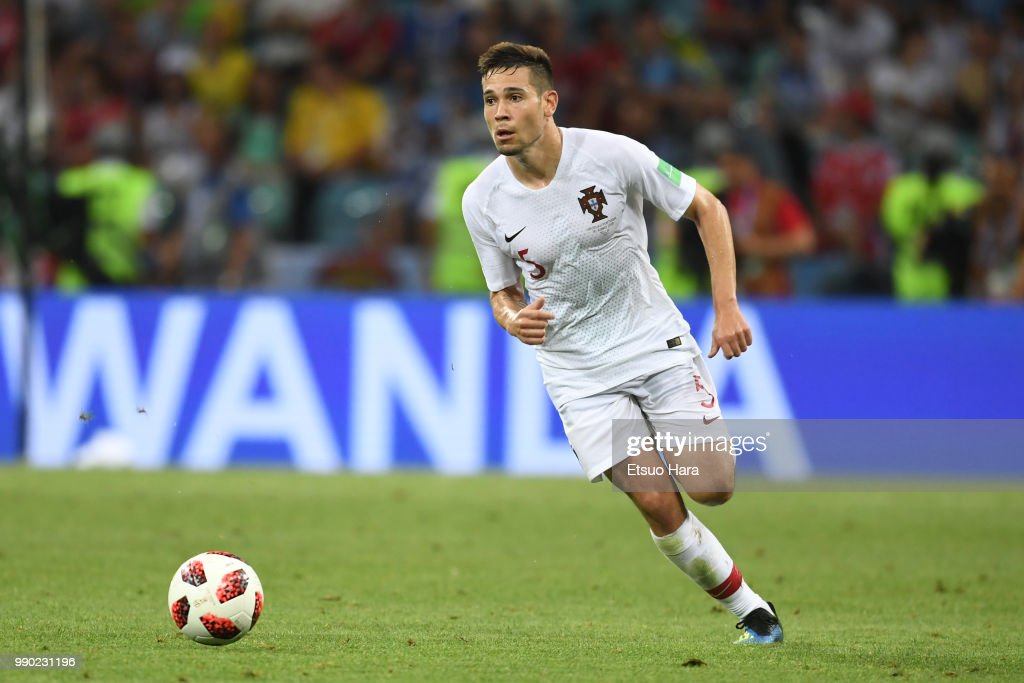 Whilst it’s unlikely most of these transfers will go ahead, these are the key players all teams should be look at due to the qualities they possess being able to address weaknesses within each squad.