The ultimate unknown quantity for this season, the buzz around Chelsea has not be so loud since Mourinho’s return to the Premier League in 2013/14. Maurizio Sarri is a man who clearly loves football.

The chain-smoking 59 year old Italian created one of the most existing sides to watch last year in Napoli, turning them from a defensive rock they had been under Rafa Benitez, to a captivating, free-flowing team embodied everything that is right about attacking football.

Transforming Chelsea from the humourless husk of team at the end of Conte’s tenure, into something resembling this Napoli side won’t happen over one window, let alone one season.

Determining who they should sign however depends on who the sell. Furthermore, there’s little time left for Chelsea to move for players but Sarri has shown at both Empoli and Napoli he is able to get players to buy into his system and few major transfers are usually needed.

Sarri favours a 4-3-3 with one midfield, likely the newly signed Jorginho, sitting deep to dictate the play. This leaves Chelsea with spare centre-backs after playing three at the back and so unless both Gary Cahill and David Luiz are sold, Daniele Rugani is not a high priority given

Antonio Rudiger and Andreas Christensen would be able to fill these positions. That said, Rugani and Sarri worked together at Empoli and if Rugani is available for a reasonable price, then signing him should be made a priority as he is one of the most talented young centre-backs in world football.

Should Eden Hazard leave, a replacement for him should be the immediate focus. If that happened, the answer would be Lorenzo Insigne, offering similar abilities to Hazard and having worked with Sarri already too great success.

However, for the purposes of discussion, let’s say Hazard stays. If Courtois leaves, replacing him would be less challenging as Sarri has shown in his system, good keepers can do just as good a job- case and point, Pepe Reina (who is now free and a possible replacement to the Belgian) performed very well in Sarri’s system and is not as talented as Courtois.

On the right, if Willian leaves for Barcelona or Manchester United, the Blues will need to find a suitable replacement for a player who otherwise is tailor-made for Sarri’s set up.

Who Chelsea need then will be determined by who they let go. 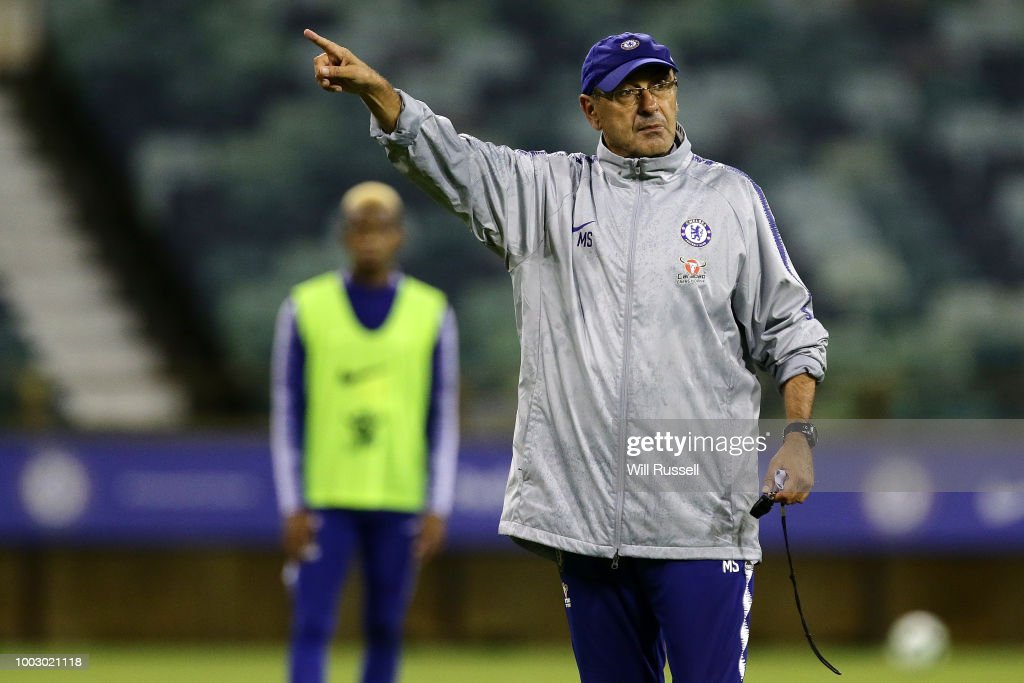 Much is expected of Sarri and if Chelsea can replicate Napoli’s style last year. Credit:Getty Images

After attempting to switch to a possession-based 3-4-3 style last year only to revert to a classic Roy Hodgson 4-2-3-1, Palace have one glaring issue. Lack of goals.

They are ridiculously dependent on Wilfred Zaha, possibly more than any other team in the league depend on a player. Palace needs a forward who can create chances for themselves and score. Such a player is tough to come by, let alone in Palace’s price range.

Atalanta’s Alejandro Gómez might be the answer, however. At 30, the Argentine forward has plenty of experience and has been in the top five for goals or assists in Serie A for the past 3 seasons, indicating he is at his peak.

Able to play at left wing or down the middle as a false nine or second striker running off Christian Benteke, Gomez’s £18 million base valuation on Transfermarkt would likely rise to £30 million at least, but he very well could help ease the nerves of so many Palace fans by lightening Zaha’s load.

After falling into the trap of trying to sign a collection of players to replace the team’s superstar of Romelu Lukaku, Everton now find themselves in a state of flux. Much depends on how Marco Silva will opt to set up Everton now as there do have a collection of talented players with a range of different abilities.

Whilst a new striker might seem logical, Everton’s academy has produced two good long-term options in Dominic Calvert-Lewin and Ademola Lookman, who impressed for Leipzig during his 6-month loan there.

Ideally, a centre back able to become Michael Keene’s long-term partner but who can also replace both Ashley Williams and Phil Jagielka will be the priority. Both Manchester United’s Chris Smalling and Phil Jones have been linked with moves for a cut-price and of the pair, Smalling would likely be the better partner for Keene. Whilst both are susceptible to defensive blunders, Smalling has shown both superior abilities in the air to Jones and at his best looks a superior defender, as seen during Louis Van Gaal’s tenure.

Neither are inspired choices but Smalling might just do the job at Everton and would likely cost no more than £20 million, further tempting considering the previous summer spending has left Everton with fewer funds to work with this summer. 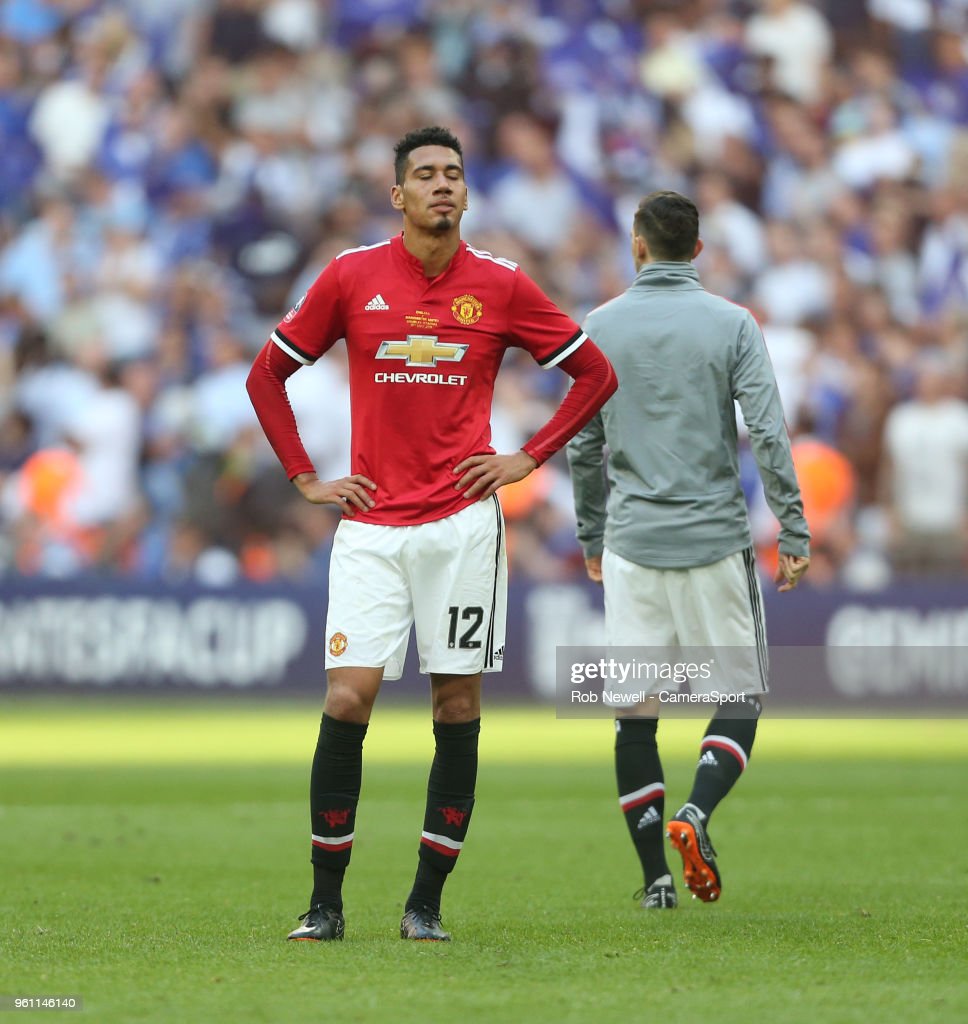 Will Chris Smalling still be at Old Trafford by the window’s close? Credit: Getty Image

The signing of Jean Michael Seri was a real coup for Fulham, with the midfielder linked last summer frequently to moves to Barcelona, Roma and Arsenal. Despite this impressive signing, Fulham need strength in depth as their squad at present is one of the smallest in the league.

Resigning Aleksandar Mitrovic seems increasingly likely and will strengthen their attacking options, but Fulham urgently need another goalkeeper to cover. With Liverpool having moved for Roma’s Alisson, Jack Butland could be the answer and an ambitious move for the West London side.

Likely to cost between £20-30 million, when fit, Butland is a quality shot stop and impressive distributor. Joe Hart is another option as is Simon Mignolet, however, both of these are likely to be more expensive in both fee and wages than they are actually worth whilst Butland would not likely demand as much.

Despite this, Fulham will likely invest in several low-cost moves and loans to fill out the team as a few injuries to key players could see them fighting a relegation battle.

David Wagner was able to guide Huddersfield to safety last year despite being fancied by many to go down. Once again, the German boss has set about bringing in a range of players in various positions to ensure he has sufficient squad depth but also to raise the overall quality of his team, a similar approach to Wagner’s two previous summer transfer windows.

Consequently, it’s difficult to isolate one player and position for reinforcing. The one position for potential reinforcing would be the right midfield as Tom Ince has never really stepped up from the Championship.

Knowing Wagner’s tendency to look to the Bundesliga for transfers, a viable option could be Levin Öztunali. The 22-year-old playing for FSV Mainz 05 can play across the forward line is valued at just £5.5 million after an indifferent season since moving from Bayer Leverkusen where he had been an impressive young forward.

If Wagner is able to get the best out of Öztunali, Huddersfield could be able to get a talented creator for a cut-price fee.