With the Summer Transfer window for the 2018/19 season brought forward to Thursday, August 9 this year, many Premier League clubs still have a lot to do to address remaining weaknesses left before the season starts.

If every team, however, could only make one last signing this window, who would it be?

Unai Emery and Arsenal’s new head of recruitment, Sven Mislintat, have set to work this window getting a number of key deals done early to attempt to fix the defensive midfield and defence in general that has been the Gunner’s Achilles Heel in recent seasons.

Lucas Torrera performed exceptionally well for Sampdoria last season and continued his outstanding form Uruguay, whilst Bernd Leno, who has long had admires outside Germany, is tasked with eventually replacing Petr Cech as his time at the top seems to be nearing its end.

Although Leno is susceptible to the occasional blunder and concerns over Torrera’s ability to deal with traditionally faster and more tricky opposition on a more regular base compared to Series A, the pair have been amongst a collection of low cost and low-risk signings that are helping restore faith in Arsenal fans.

With sales needed now before further signings are made, Arsenal are unlikely to make any further major moves in during this market unless Mesut Ozil departs, the most likely star to struggle under Emery’s style of play.

One player Arsenal might make a late move for is German Philpp Max. The 24-year-old Augsburg left-back is currently valued at only £15 million according to Transfermarkt, despite registering 12 assists, the second best in the Bundesliga last year for as Augsburg finished 12th.

With limited centre-backs available, Emery might be forced to play Monreal increasingly at centre back and whilst Kolasinac offers a physical presence, he lacks the pace or impressive crossing ability Max offers.

With Arsenal likely to play either a 4-3-3 or 4-1-2-2-1 Emery used at PSG and Seville, the full backs will need to be able to offer productive attacking outlets and width, with the wingers likely to play as inside forwards.

Having directly contributed to 33% of Augsburg’s goals last season (scoring 2 as well as his 12 assists), Max could represent another screwed signing as Arsenal continue their rebuild in the post-Wenger era. 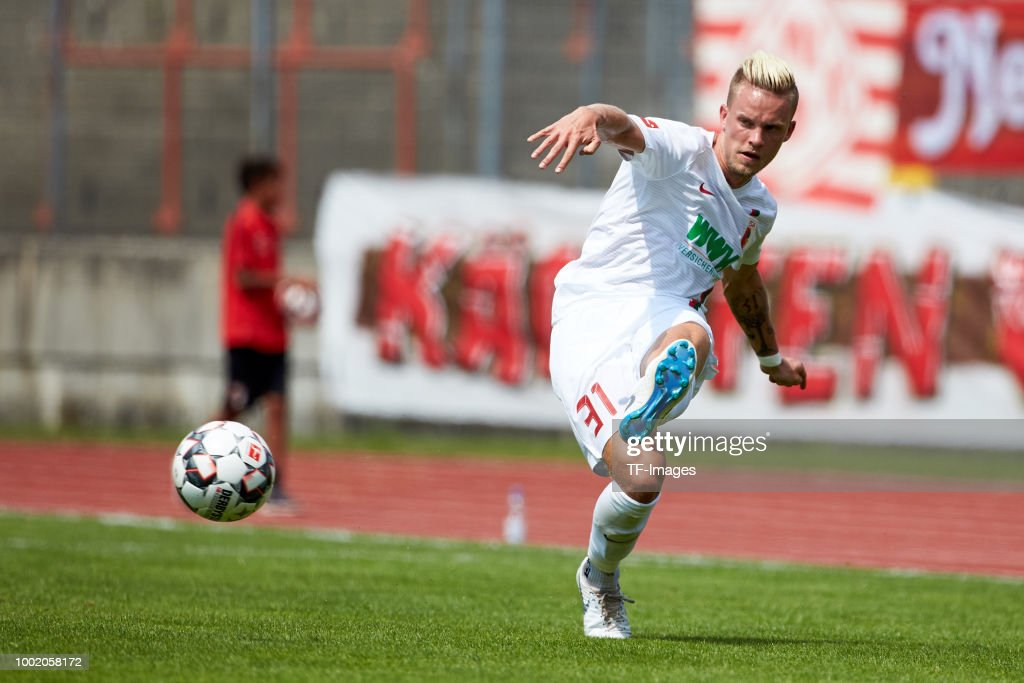 Frequently tipped to get relegated since their promotion, Eddie Howe’s Bournemouth are preparing for the club’s four seasons in the English top flight yet still the club are faced with limited financial resources so will need to again select transfers with care.

One area the Cherries are thin on however is at centre back and some defensive reinforcements should be the target, with Howe fortunate to have got through the majority of the season with his first choices available.

One option is Middlesbrough captain, Ben Gibson, whose stock has cooled this season following his impressive displays during the 2016/17 campaign at the Riverside. At £10 million valuation on Transfermarkt, it is likely Middlesbrough would demand more for their captain, yet after a failed attempt to return to the Premier League, it is possible Gibson would be more interested now at the prospect of further Premier League football in a young and exciting team. Tony Pulis might face losing his captain for less than they could have got 12 months ago.

Chris Hughton has already been active this window, with seven players currently through the door at the Amex Stadium. It’s difficult then to really assess what the Seagulls need this year when forced to pick just one player (probably not the first time I’ll be saying that).

Glenn Murray and Pascal Gross were the clubs stand out forward players last season for goals and chances created yet Brighton need cover should one of them be injured. A viable option that ticks several boxes might be West Broms Nacer Chadli. The Belgian impressed at this summer’s World Cup despite a lengthy injury forcing him to miss much of the season, with West Brom suffering relegation in part for the loss of his creativity.

Chadli has shown this summer he can play effectively as a wing back too, offering some defensive cover Hughton might wish whilst also proving an effective creator and goal threat should he be needed.

Having proven himself a capable player in the Premier League already, this might be a gamble worth taking for Brighton as they look to secure their status next season. 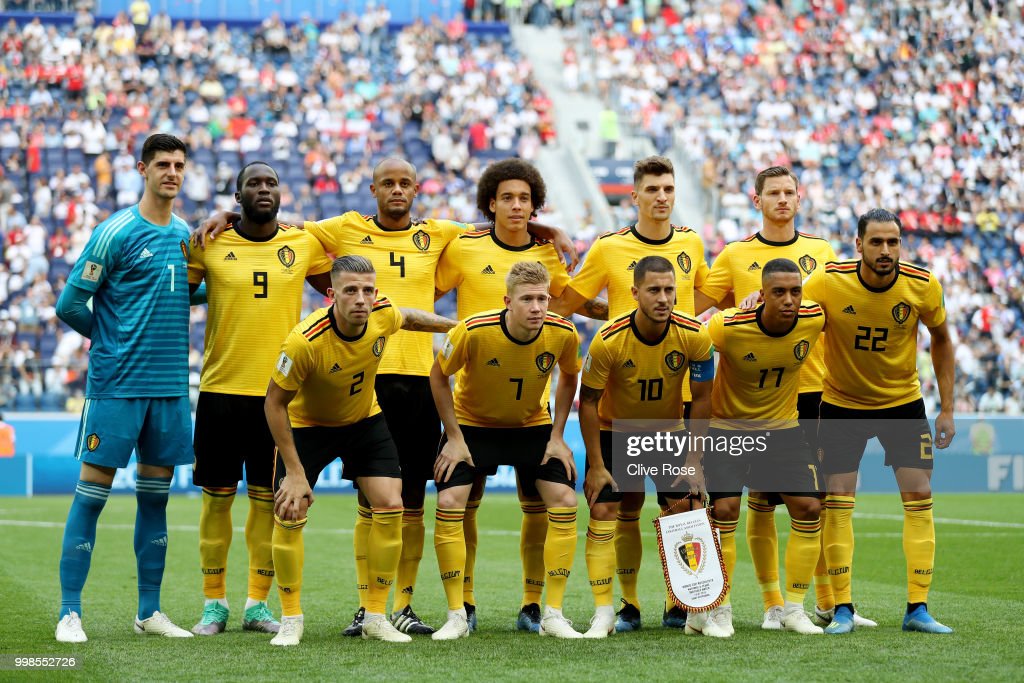 First off, Burnley can’t afford to let any of their first team go as they will need them with the demands of the Europa League stretching them thin. Burnley though are unlikely to spend significantly in the window to resolve this as Sean Dyce’s prudent managing of resources has helped create a side most teams are nervous about facing.

As a tough defensive unit that showed last season they have the depth there to handle injuries, it’s further forward where Burnley may wish to add depth. The Clarets creative options are limited and injuries to Steven Defour and Robbie Brady mean Dyce has limited options for creative output from the left of his midfield.

With Burnley born Jay Rodrigez already heavily linked with a move, he feels the easy pick. However, whilst the West Brom man can play on the left and up top, he is only a pale shadow of the player he was in 2013/14 before his injuries not only cut short his 16 goal season but nearly cost him his leg after the injury became infected.

Perhaps a bolder move would be a loan for Tottenham’s Harry Winks, a player who would provide some creativity going forward and has shown he is versatile enough already during his short playing career to play in a variety of midfield roles.

With Spurs at a crossroads of their future, the opportunity for Winks to be given a season of regular starting football and continue his development at a club with facilities said to rival those of the top six English sides, this move might benefit all involved.

As a newly promoted side, Cardiff are an unknown to many and are viewed as likely candidates to be in this year’s relegation dogfight. Having already been part of a joint raid along with Middlesbrough in taking Bristol City’s best players (Bobby Reid for Cardiff) and signing Josh Murphy from Norwich, Cardiff are likely to be low on funds and clearly targeting Championship players to help fill voids in their squad.

With this in mind, we turn once again to West Brom for another player as clubs should take advantage of their relegation to sign players who will now be available. In this instance, Scotland’s Oliver Burke would be the likely candidate as the 21-year-old right winger can provide pace and a creative outlet that Cardiff may be grateful for should they stay up.

Featuring off the bench just 15 times last year, Burke provided 2 assists and looked a bright spare whenever playing. Having spent a year at RB Liepzig, where many young European prospects have passed through the last few years, Burke clearly has talent and at worse would be a wise investment for the future.

At £10 million on Transfermarkt, his stock will rise this season as Darren Moore has handed the Scot plenty of changes this pre-season and Burke will likely excel in a league he is familiar with, scoring 6 goals in just 25 appearances after breaking into Nottingham Forest’s first team in 2015/16. Cardiff would be wise to grab him now, should the funds be available.