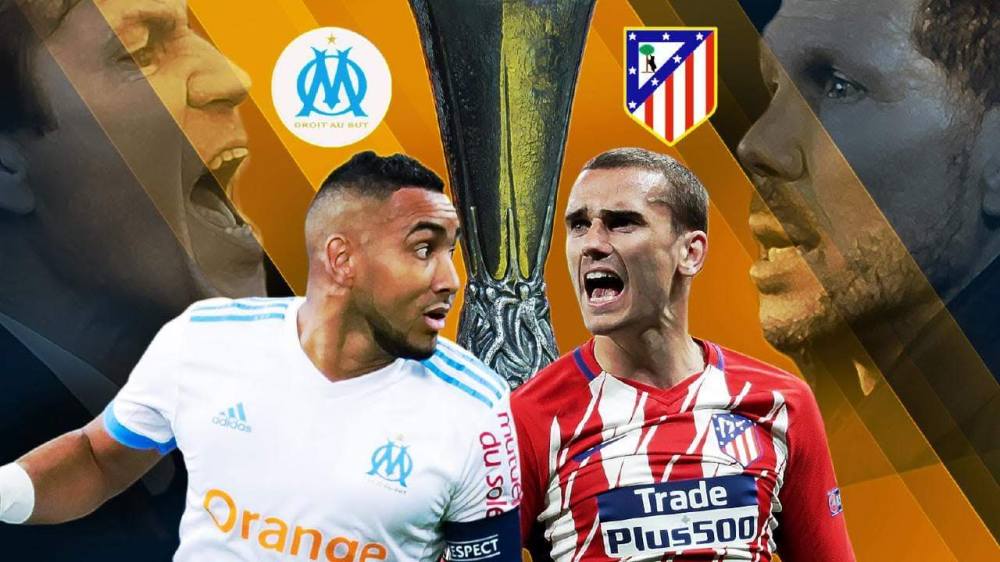 Antoine Griezmann was the hero as Atletico Madrid ran out comfortable winners against Marseille and lift their third Europa League title in nine years.

Having produced a clinical performance to knock out Arsenal in the semi-final, Los Rojiblancos were again at their ruthless best here in Lyon and were hardly made to break sweat on their way to clinching the trophy.

Griezmann took advantage of sloppy Marseille play to open the scoring before netting minutes after the half-time break. Captain Gabi rounded off the game and the performance minutes before the end to take the title back home to the red half of Madrid.

Marseille started off the stronger side and in truth should have taken the lead when Valere Germain wasted a glorious one-on-one opportunity when he fired over after being slipped through by Dimitri Payet.

The miss proved crucial as Marseille keeper Steve Mandanda played the ball to a half-awake Andre Zambo Anguissa and was robbed by Gabi. The skipper played through Griezmann first time who took advantage of the gift and coolly slotted home.

With Atletico the kings of the clean sheet, Marseille’s unenviable task was made all the more improbable when talisman Payet was forced off in tears with a suspected muscle injury that had flared up from the last round of domestic fixtures.

Any hopes of the comeback were ended less than five minutes after the restart when Griezmann surged through the French side’s defence to clip over compatriot Mandanda and effectively seal the game.

Marseille substitute and former Fulham flop Kostas Mitroglou came on and almost headed home with one of his first touches in the 80th minute but saw his guided header bounce off the post and trickle agonisingly close to the line.

With Marseille’s fate decided, Gabi was on hand to rub salt in to the wounds as he fired home after a swift Atletico counter-attack.

Atletico’s Europa League triumph means that the European Super Cup next season is guaranteed to have one Madrid side involved. Now it’s up to fierce rivals Real to see whether they can make it a Madrid derby by overcoming Liverpool in next week’s Champions League final.

View all posts by vijjeeva