And so another season’s end is upon us. The Premier League title has been decided with Manchester City the runaway champions, although the relegation battle at the bottom of the table rages on. As ever, it’s particularly close down there with at least six clubs in danger of the dreaded drop into the Championship. Here’s a quick look at the current situation of each of those six clubs. 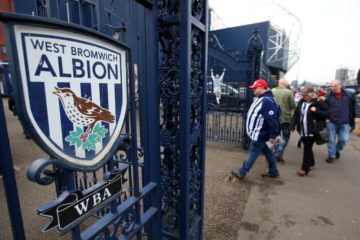 West Bromwich Albion – 24 points
Remaining Fixtures – Liverpool (H), Newcastle (A), Tottenham (H), Palace (A).
A shock win at Manchester United in their last outing has at least to boosted West Brom’s slim hopes of survival, but their upcoming run of fixtures looks rather daunting when you consider that it includes three of the current top four. It will take nothing short of a miracle to stay up.

The 1-1 draw away to West Ham leaves Stoke 12 points shy of the targeted 40. They have two of their relegation rivals to play. Crystal Palace away will be crucial in keeping the survival dream alive. They will likely need at least 8 points from these games, and there are only 12 on offer. 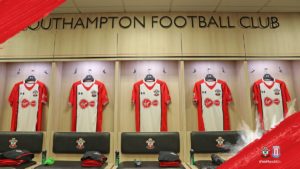 Another tough run in. Having only managed a 0-0 draw at a below-par Leicester, the Saints will need to keep their chins up and prepare for this next run of fixtures. The Bournemouth, Everton and Swansea games will be their best shot at nine points. It will likely take more than that though, so they will have to get something from Man City.

A rather disappointing draw at home to Everton ensures the Swans are very much in the relegation mix with three home games to play and two away games. Swansea will view the home games against Southampton and Stoke as the best chances of maximum points. An away trip to Bournemouth is something of a wildcard and anything earned against the likes of Man City or Chelsea will be a bonus. Is 7 points from a possible 15 too much to ask for at this stage?

Whilst two points dropped against Bournemouth isn’t ideal, it’s certainly not as daunting a run in for Palace with a lot of mid-table teams to play. By no means are there any easy games but they can feel confident of getting some points, especially with three home games to play. 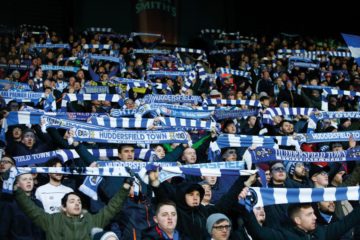 A recent last grasp 1-0 win at home was arguably one of the biggest moments in the club’s recent history. Huddersfield now have a very tough run in, with the last three games including away trips to the Etihad and Stamford Bridge, culminating in a match at home to Arsenal. The initial home fixture against Everton is essentially a must-win games for the Terriers.

Most likely for relegation:

West Brom – Practically a certainty for the drop at this point.
Huddersfield/Stoke – Very tough run in for both the Terriers and the Potters.
Southampton – Another tough run of fixtures, with the added distraction of the FA Cup. 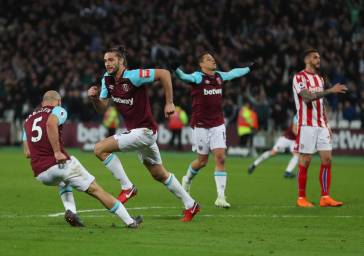 Whilst the six teams listed above are undoubtedly the most likely candidates for the drop, there are a few teams that still float precariously around the relegation whirlpool. West Ham for instance are on 35 points and still have much work to do between now and May 13th. With Arsenal, Man City, Leicester, Man United and Everton ready and waiting they could struggle to amass the six points required for the much sought after milestone of forty. Seasoned Hammers fans will need no reminding of the 2002/03 season when a final tally of 42 points still saw them relegated, the highest ever points total for a relegated side.
Brighton have a fairly difficult upcoming schedule that includes an away trip to high flyers Burnley, Man City and Liverpool. A home game against Man United provides little respite from a fierce set of fixtures, and though Brighton’s 36 point total currently sees them comfortably mid-table, a losing streak is not entirely out of the question for Chris Hughton’s side.

View all posts by Chris George